With the advent of the internet, pornography has become a much more significant pastime in modern society and although it is still not completely accepted by older generations, its dominance as an industry is at an all time high. 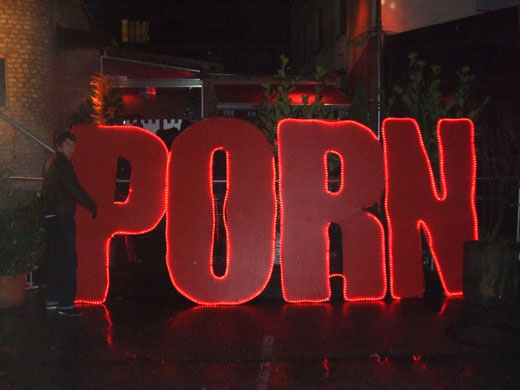 Me next to a giant sign outside a club in Munich

Real, meaningful sex – more so in a long-term relationship but still relevant for things such as one-night stands – is about ALL the senses, most importantly touch and the emotional connection between both parties. I never knew quite how good sex was until I learnt to incorporate everything on a physical and spiritual level into the act.

I’d be very interested to hear other people’s opinions on this subject, as it seems to be something that is rarely discussed. I would also be extremely interested in any females willing to give their honest views and experiences regarding pornography, as I would hate to think that this is purely a male issue. 🙂

How to get through bad patches in a relationshipBook review: Alec Greven – How to Talk to Girls
Scroll to top