This is the story of how I met my wonderful girlfriend, Heidi, many years ago. The story is told first from my perspective and then followed by Heidi’s own version of events…

Sam on the approach:

It was a typically balmy afternoon in Devon, South England and I was doing what British students do best during a weekday afternoon: loitering in town!

On my gargantuan to-do list was the mundane task of purchasing a plain white tee-shirt for an upcoming break-dancing performance, yet I was in a particularly excitable mood that afternoon: my degree was coming to an end and my leap into the big, scary real-world was imminent!

At this stage in my life, I was already proficient at approaching and attracting women in bars and clubs, and was already getting substantial work and seminar slots as a dating coach in London. Even so, you’re only good at what you know, and meeting women in less social environments such as the daytime was something I hadn’t put too much thought to at the time.

My excitable mood on that fateful Tuesday was heightened further on entering Primark (a cheap and cheerful English clothes shop) and seeing two attractive female friends of mine from the University. They were excited to see me and belted towards me to give me a rapturous hug. Little did I know at the time that this would play an unintentionally effective part in what was about to be a big moment in my life. 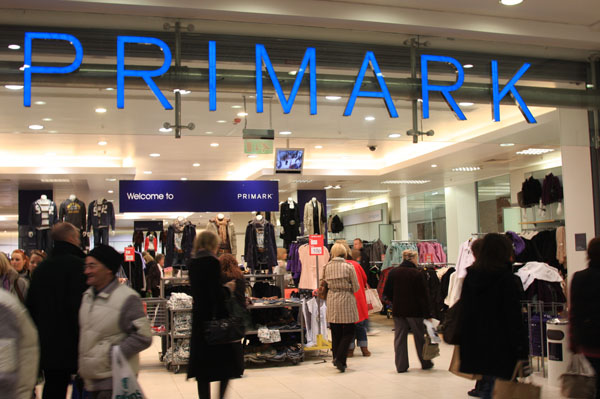 The actual shop where Heidi and I first met.

A few minutes later I was ready to leave the shop and as I staggered through the exit with my brand spanking new white tee-shirt, something caught my eye over my shoulder.

It was a demure looking girl thumbing through some colourful dresses near the exit. She was dressed and made up fairly plainly but her natural beauty shone through. She had a unique cuteness that had me momentarily fixated. My body was still on its way out the door but I knew I would regret it if I did not approach this stunning woman before me. “I’ll be back in a second,” I quickly uttered to my friend before I could talk myself out of it. I boldly strolled over to her.

I was very comfortable around women at this stage in my life, yet I still had a stomach full of butterflies as I reached this lady directly and delivered words to the effect of, “you’re really cute and I had to come over and say hi”.

A short exchange of playful chat about our respective shopping excursions is all that was required to let each other know that we were both interesting people and worth getting to know. We exchanged numbers. I remember Heidi (I knew her name by now, woohoo) was apprehensive about giving me her number at the time. Normally in this situation I would make sure I get the woman’s number so that I know it is real and also so I am in control of what happens next. In this instance though, I could tell that she was just being cautious and would still contact me. Most rules in dating are not set in stone!

We parted ways and I left Primark gleefully. My excitable mood had just become a little bit more so… 🙂

Heidi on the approach:

I was shattered after a gruelling dance session at college, so thought a spot of retail therapy might help. After a few minutes, two tall guys walked through the entrance of the shop, so naturally I had a little look. One of them was carrying an expensive gift bag. As it was the day before Valentine’s Day, I assumed it was a present for his girlfriend; “that’s sweet,” I thought! The two of them then started talking to these two gorgeous girls. Damn! I definitely wasn’t in with a chance now… not that I would have with a stranger in Primark anyway! I stopped daydreaming and continued shopping.

A little while later, I heard a voice behind me; “Excuse me”… I turned around and nearly DIED. It was one of the guys I had noticed earlier; the cuter one of the two I might add. I felt my cheeks instantly turn a beetroot colour and feebly answered, “Yes?”

“You look like you have a good personality”. What a line! It was ultimate cheese, but I loved it in any case. We chatted for a while, my face becoming more like a tomato every time I spoke. He eventually asked for my number… a guy in Primark asked ME for my number! I didn’t give it to him though; I took his instead, I guess so I could figure out what to do.

I wanted to tell someone about what had just happened. The first person I could think of was my friend who worked in a nearby shop, so I headed there. I hurried towards the counter where my friend was working, and then I heard, “Are you stalking me now?”

Oh gosh! Primark Guy and his friend were just ahead of me and had spotted me behind them… now it’s going to look like I was following them!

Wow, I remember that day more vividly than I thought I did. I think I can vouch for most women when I say that it definitely makes you feel good when someone approaches you like this. I think the reason it was so surreal though is the fact that for one it was in the middle of the day, and two it wasn’t in a club or bar where approaching people is deemed more acceptable. I definitely think that should change though. For the rest of the day I had a permanent grin on my face! 🙂

What to learn from this meeting:

When I tell the story of how I met Heidi, people always tell me that they wouldn’t be confident enough to approach a stranger like that. The first thing to remember is that there’s absolutely nothing to lose in this situation: if I had approached Heidi and it went badly, it would have been a fun learning experience, whereas on the flipside I’ve met someone who has gone on to be the love of my life. Had I not approached her, I wouldn’t have even had that chance!

Heidi’s revelations that she had noticed me before I had approached her set off another bunch of profound realisations: women are actually a lot keener for you to approach them than you think and doing something spontaneous and unique like this is going to at the very least, make someone’s day!

It seems our respective accounts of what I initially said when I approached Heidi differ slightly. Heidi is probably correct with her version, as the adrenalin rush at the time probably has me confused. The point to take away here is that it doesn’t matter what I said as long as I made her smile and got into a short conversation.

The last point to make regarding confidence is that showing signs of nervousness in a situation like this is actually a positive thing as it makes the interaction sincere. Although women generally don’t have the same level of approach anxiety that men do, they can appreciate a man who brushes his fears aside, especially if it is to unashamedly compliment them. 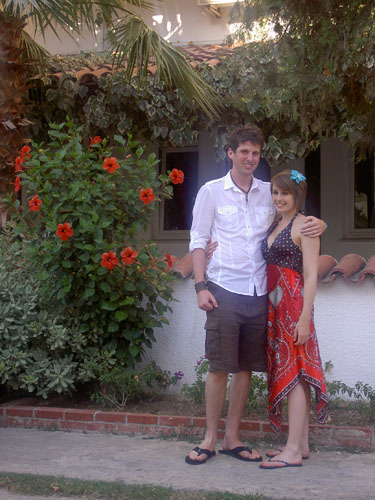 This story happened in spring of 2007 and Heidi and I have been in a happy and fulfilling relationship ever since. Aside from how we met, the reason our relationship works so well is that we both make a conscious effort towards our own development as well as our development as a couple, and prevent ourselves ever becoming complacent.

Second to this, we make sure that we still have our own lives and that our time together is always fun.

None of this could have happened if I had continued walking out that shop doorway on that day several years ago, so remember…

That person you like the look of who just walked past you COULD be the love of your life… Do something about it! 🙂